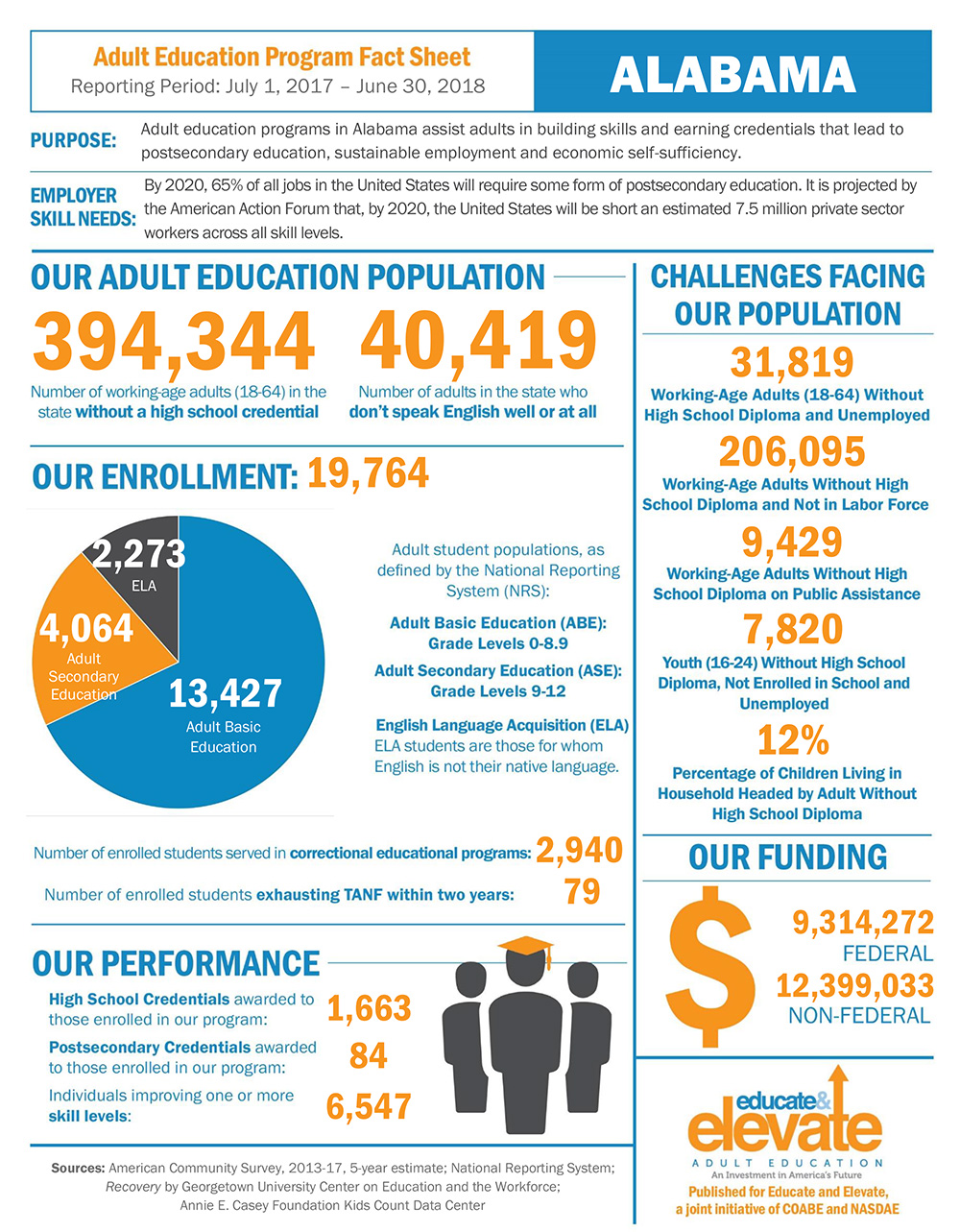 After winning a courageous battle against drug addiction, Amber entered our program. She was determined to rise above her circumstances. She had dropped out of school in the 7th grade but was reading at a 10.5-grade level. She left our program for a few months because of family problems related to drug abuse and because of her own health problems related to her working long hours at a chicken plant. After getting a better job, her health improved, and she was able to spend more time in class.

There was nothing we could do to change Amber’s family dynamic or to make her job easier, but whenever she walked into our classroom she was met with welcoming smiles and non-judgmental support. At age 32, Amber had already gone through the school of hard knocks. She was eager to put her past behind her. We recognized her potential, as did she, and we guided her through her lessons. A judge who had dealt with Amber’s case had also seen her potential and had become her mentor. We like to think we helped her fill in the gaps in her education, but most of the credit belongs to her alone. She had the courage to envision a brighter future and the gumption to get there. She passed her GED® exam with good, solid scores. We were all happy.

Amber was chosen to speak at graduation. Two days before the event she said there was no way she could be there. She had worked seven 17-hour days in a row, and she was exhausted. We encouraged her to find a way to be there, and she did. She was poised and confident as she delivered her speech about the effort it took to earn her GED® certificate. The audience was impressed. They were also impressed when she was awarded a two-year, full tuition scholarship to Northeast Alabama Community College.

Donald Watts is an inspiration to any student who is seeking a second chance. Mr. Watts came to the GED/Adult Education program ready to make a new life and achieve many goals. However, when things got tough, Mr. Watts almost gave up. The Career Pathway program at Bishop State requires enrollees to accomplish many goals including attending GED classes and a career pathway course. Mr. Watts was taking welding classes and studying for portions of the GED. When the workload became “uncomfortable”, Mr. Watts began to doubt his ability to complete the program because of things that occurred in his past.

The faculty and staff at Bishop State, GED Director Akareem Spears, GED Instructor Dewanda Davis, Instructional Coordinator, Sharnee Hobbs, Instructional Aide, Deborah Able-Bailey, Welding Instructor Terry Moore provided words of encouragement, tough love and support to Mr. Watts. We each shared life stories about determination and triumph when things became difficult in our own lives. Mr. Moore discussed the endless possibilities that awaited Mr. Watts when he completed the welding program. We texted, called and listened to Mr. Watts. We never gave up on him. We recognized his potential.

All the hard work paid off. Donald Watts earned his GED on August 9, 2017. He is currently taking welding classes at Bishop State Community College. He is a wonderful inspiration to others in the program.

“When I started class, I was working in a chicken plant. Although I was happy to have a job, the job proved to be too much. I often worked overtime so I could pay my bills. My health began to decline. I lost weight, energy, and the desire to go to class. It’s hard to concentrate on algebra when you’ve put in a 16-hour shift. Somehow I survived. I got a better job and was able to devote more time to school. My teachers encouraged me every step of the way. One thing I realized while preparing for the GED® test is that I love to learn. The next chapter in my life has already begun. I received a full-tuition scholarship and will soon start welding classes. I have come a long way, and I could never have made it without the help of my teachers.”

“This class means a lot to me. I’m learning to read, and it makes me feel like I’m somebody. Book learning is what I didn’t have, and it made me feel shy and afraid. Now I feel better. I’m going to stay with it as long as this class, and the teachers will put up with me.”